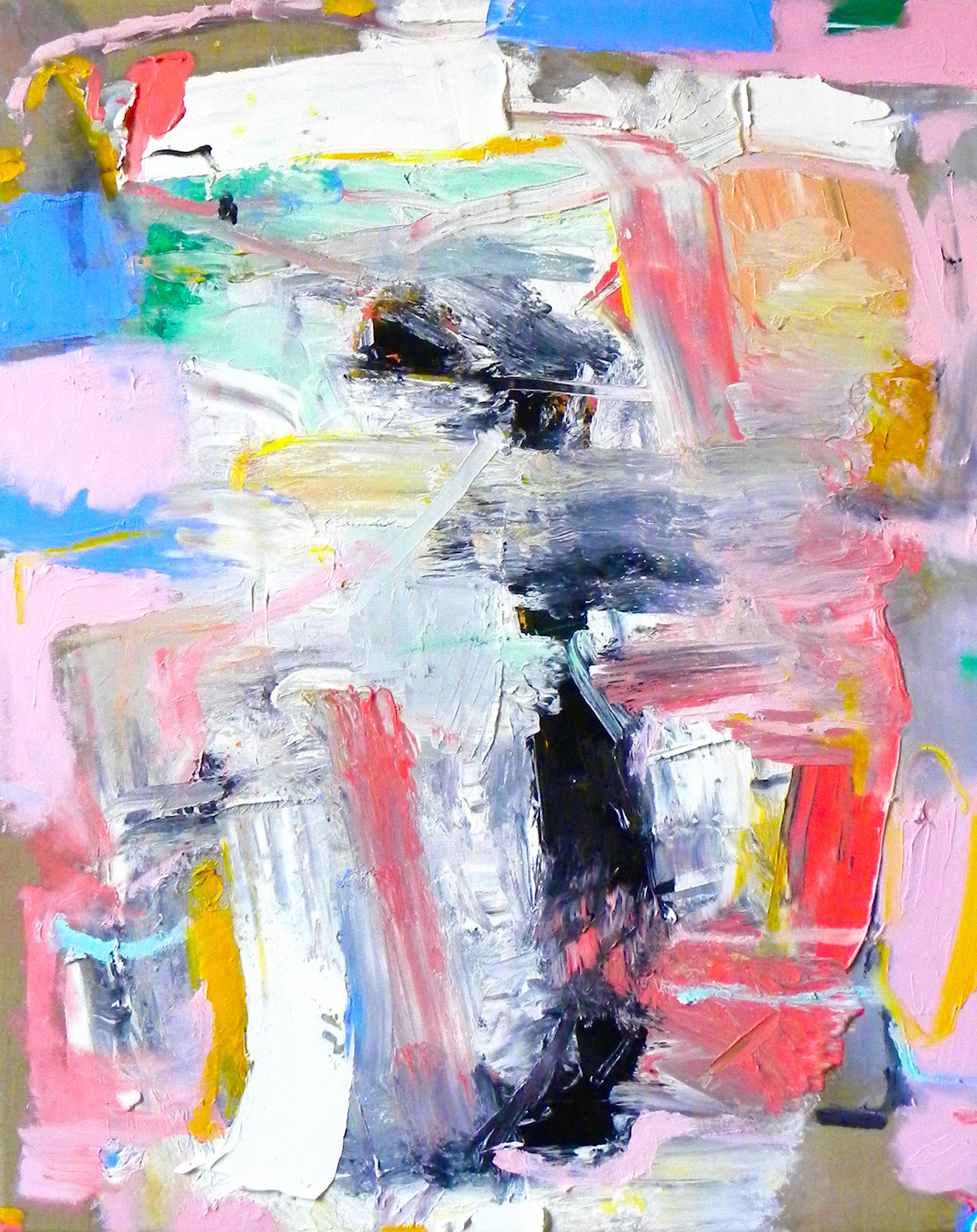 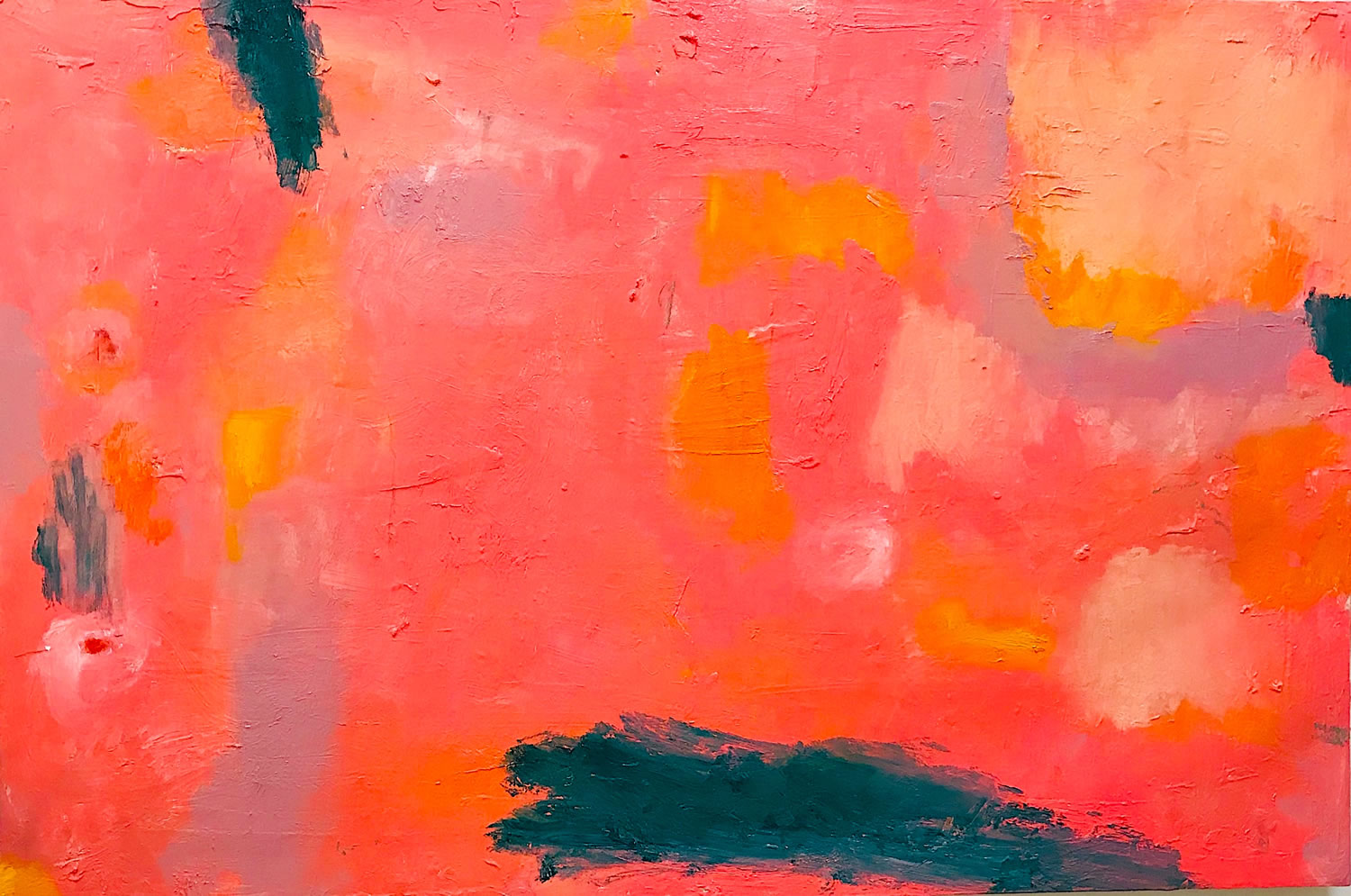 Most of the paintings in this exhibition – the latest in a series of Alison’s ‘Love’-themed shows – were produced during the coronavirus pandemic in the difficult period of lockdown. In their life-enriching exuberance, they constitute a glorious monument to the triumph of the human spirit over adversity and of optimism over despair, and they nourish our unquenchable thirst for beauty in our everyday lives.

Alison’s work is characterised by an extraordinary sensitivity to colour (from the muted pastel hues of Accidental Stillness and Peonies with Wild Bluebells to the expressive palette and spellbinding colour contrasts in Superstar Roses and Sunflower against Lamp Black); humble compositions; a sensuous use of buttery impasto; and a repertoire of mostly floral motifs which she deploys to express an array of personal emotions and universal human truths. The deceptively modest appearance of her paintings is often in inverse proportion to the profundity of their message.

Alison’s art in rooted in experience, fond memory, and affection. Good examples of this are the Super Star roses which feature in three of the paintings in this exhibition, which come from a bush in her own garden that was handed down from her grandfather to her mother fifty years ago. It is a hybrid noted for its exquisite fragrance and delicate coral-orange blooms. The Mairi mentioned in Mairi’s Wild Flowers is a woman of whom Alison is obviously extremely fond. The last time she came to visit, Mairi brought with her to Glasgow a little bunch of wild flowers, which Alison placed in two jars, as if to represent Mairi’s two daughters. The Iris, whose name is evoked in the titles of two other paintings – Remembering Iris and Yellow Iris – is none other than Iris Murdoch, someone of “intensely personal” importance for our artist because Alison was introduced to her work by her father, stimulating several meaningful conversations about Art and Life between them when Alison was young.

Alison found inspiration for two of her paintings – Fleurs du Mal and Stagings – in the works of other writers whom she reveres: in the Symbolist Charles Baudelaire, whose collection of poems Les Fleurs du Mal, on the themes of decadence and eroticism, published in 1857, were also introduced to her by her father, and in the best-selling modern author Robert Macfarlane, who uses the accepted term ‘stagings’ to describe the habit of certain birds, starlings in particular, to congregate in large groups at twilight in staging areas such as those on overhead telephone wires.

Over the past few years, Alison’s paintings have moved inexorably towards ever greater abstraction. This is evidenced by her increasing use of the palette knife. Alison’s largest paintings tend to be her most abstract, such as Fleurs du Mal; Accidental Stillness, a symphony of abstract shapes and colours; and Rah-Rah, whose title derives from her practice of yoga, but abstraction – as distinct from representation – also dominates in smaller pictures such as Intersection of Love; Artist’s Table and Blue Notebook; and the Superstar paintings.

Despite their compelling modernity, many of Alison’s floral still lifes consciously continue traditions of vanitas symbolism reaching back to the seventeenth-century Netherlands, when flower paintings were frequently used to remind us of our vulnerability and the brevity of our lives on earth. The water-sodden Tulips after Rain; the dying blooms in Hallowed Sunflowers; and the wilting flower-heads in Daffodils (the last in a series of three painted in the space of a month) all speak eloquently of decay and the poignant impermanence of physical beauty.

Alison excels in the depiction of still lifes in front of dramatically contrasting backgrounds, as can be seen, for example, in Pink Tulips against Lamp Black and, most memorably, in the inspired Sunflowers against Sap Green. In this, she continues a practice evident in works produced for her last exhibition at The Russell Gallery such as Tulips against Deep Taupe; Peonies against Brilliant Rose; and Tulips against Warm White II. In my estimation, the work of the most exquisite delicacy is Peonies with Wild Bluebells.